My 10 favourite restaurants in Milan

You know, in the end, we really enjoy eating. You can see that in each and every video we post. Milan has, give or take, 6,685 restaurants. While writing the guide on Milan, I only chose fe o them.

No need to deny it: travelling is mostly trying and tasting. Milan is the city where so many culinary cultures converge: from Southern Italy to Japanese-Brazilian restaurants. Tourists are often limited to Luini’s panzerotti, but I believe I can give some more advice… Here are some of my favorites, with a slight prevalence of Japanese, which definitely goes beyond sushi. Now, defining the center of Milan is always a challenge for me: let’s say everything that is within the boundaries of the ring road? 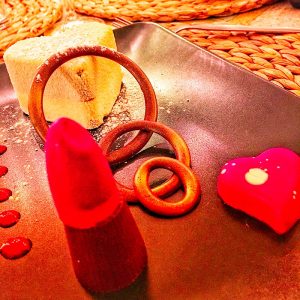 Clementina’s poetic-veg cuisine contains magical ingredients. The location is cozy and shabby chic like her house – try asking her to sit “on her bed”. The ingredients combine the sweetness of flavors with the delicacy of the plating. The menu is synthetic and so colorful that you’ll want to put it in your own library. And then the grand finale, Rossetto and Cioccolato. Not eating them would be a shame. And for those who know Vanoni’s song, it is already a must. 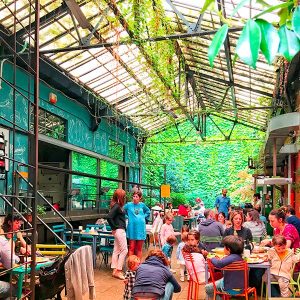 Looking for a hipster place in Isola, I suggest Frida. Perfect for Sunday brunch.

If you have never recovered from the nostalgia of Salento, I suggest a full immersion of orecchiette from Trullo, my favourite Apulian restaurant in Milan. You must order the orecchiette, my favourite food in the world. Oh well, one of them.

4+5 – Restaurants on Milano’d Navigli – is this what you’re looking for? 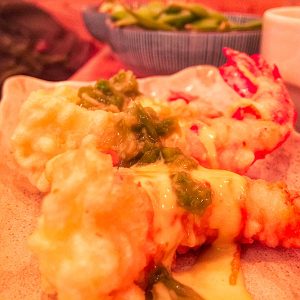 I must start with a new arrival, Tokyo Table, in via Vigevano. Forget sushi, forget Milan. Here you find just the convivial food that you eat in Japan, including fried octopus meatloaf. My other favourite restaurant in Navigli is Flower Burger, where meat is banned. A veg fast-food, where you won’t even notice that it is not a cow.

Recently all the buzz is around Berberè, but I have not tried it yet. If you do, let me know how it is!

The quality of Pizza AM, however, is known and stratospheric. And that’s where I suggest you go. While waiting for a table, we were also offered a drink. You can’t find many hospitable people, not like that.

7+8 – Where to eat Milanese cutlet and saffron risotto in Milan?

Simple and synthetic. I believe you should go to Osteria Conchetta. That’s it. Get ready to eat an “elephant ear” (the typical meat cut for Milanese cutlet) that you will never forget. And what about risotto with ossobuco? Awesome.

If you’re looking for a location just like in the countryside, but surrounded by buildings, there is the rural-chic of Cascina Cuccagna – A place in Milan. Typical cuisine, super cute place.

9+10 – Grand finale: Japanese restaurants in Milan – one of them is inspired by Brazil!

Recently opened, Niko Niko is a Ramen restaurant (the third in the neighborhood!), just a few steps from Moscova subway station. They do not have traditional-traditional ramen, rather reworked versions and with crazy ingredients. We liked it a lot. 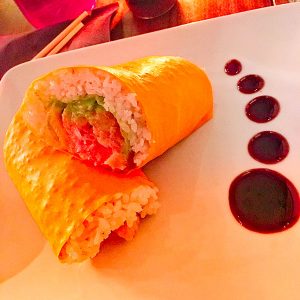 Last but not least, Bomaki is now a classic, with serveral locations in the city. Their Maki Burrito Spicy Salmon is something you will never forget. You should book several centuries in advance. But it is delicious.

The next one who darts say that japanise food is light…